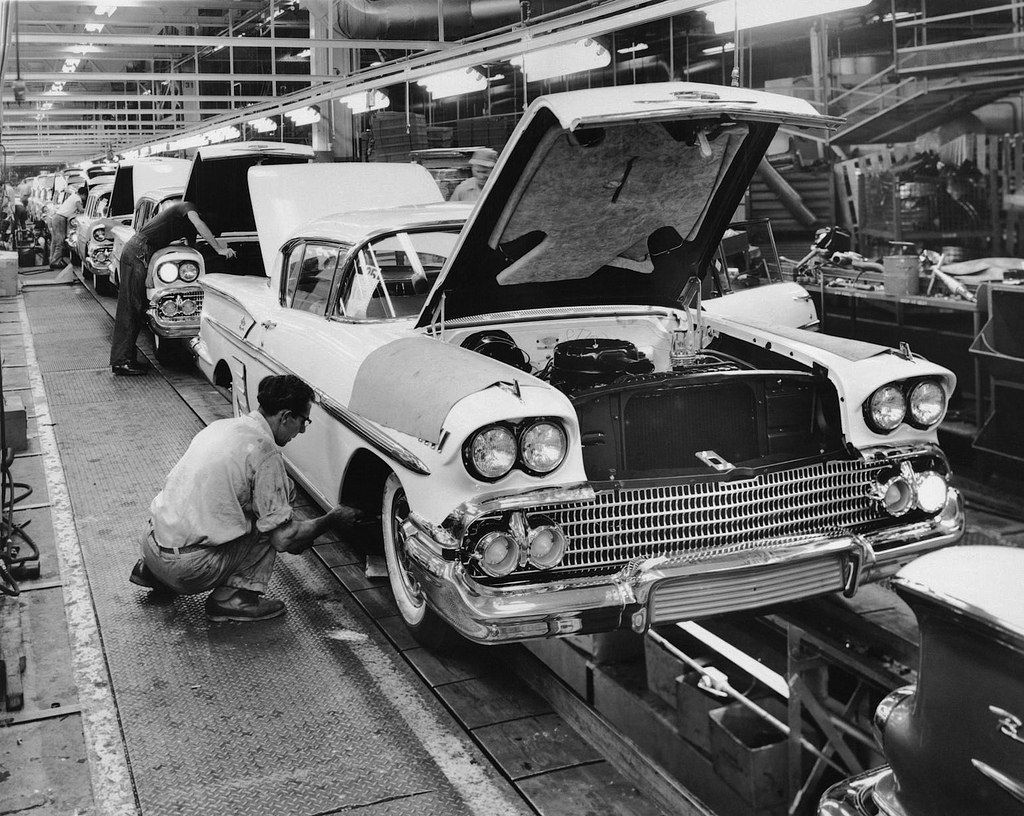 An unusual healing happened in 1956 to a dear friend, Forrest, when he lived in Southern California. I am recording it here because it shows that God heals in response to prayer and faith, He heals how He chooses, and HE SENT A MESSAGE TO US!

Forrest lived in Compton, California, and worked in a nearby auto plant. He was a young man then, and a new believer in Jesus Christ. He worked nights on an automobile assembly line. His job was to weld, and sometimes he had to walk in a squatting position to keep up with the assembly line. This took a toll on his knees and legs and they became very painful. Finally, both knees swelled up and he had trouble walking.

He was encouraged to go to the weekly prayer group at his church. When he arrived, limping and in a lot of pain, the prayer group surrounded him and prayed for God to heal his knees. Before their eyes, they all saw the swelling in one knee go down, and the pain was gone. They were all encouraged, and they kept praying for God to heal the other knee too. Their faith soared–they had seen God heal the first knee as they prayed and watched! They believed and expected God to heal the other knee instantly also. But God did not choose to heal that knee instantly—He healed it slowly, and it took two weeks.

Forrest did not go to the doctor during those two weeks. He just trusted that God would heal the second knee also—and God did! He healed the most painful knee in an instant, and the other one He healed slowly.

WHY DIDN’T GOD HEAL BOTH OF FORREST’S KNEES AT THE SAME TIME? Perhaps He was just saying, “I can heal anyway I want to heal.” Someone suggested that THE HOLY SPIRIT DOESN’T USUALLY DO THE SAME THING TWICE. If that is true, IS THAT THE MESSAGE HE WANTS US TO RECEIVE? God invites every Christian to live in constant communion with Him. What if we were always open? What if, instead of saying, “We always do it this way,” we said, “Not my will, God, but yours.” What if we told people around us to expect the unexpected, because we are following the Holy Spirit? What might our life be like? What might our church be like? Might we see things we’ve never seen before? Might we walk in signs and wonders?

As Christians, God wants us to trust and obey, to surrender ourselves to Him and do what He wants us to do. “God, help me, and all who read this, ask, “How do you want this done, God? If this is Your will, help us do it!” I sense exciting days are ahead! I believe GOD SENT US A MESSAGE, and if we will listen and obey, God will bless us with more than we could ever ask or imagine!

In Matthew Chapter 9, Two blind men came to Jesus and asked Him to heal them. Jesus asked them, “Do you believe that I am able to do this?” “Yes, Lord,” they answered. Then he touched their eyes, saying, “According to your faith, be it unto you,” and they were healed. JESUS HEALED ANOTHER BLIND MAN A DIFFERENT WAY. John 9:6 tells how Jesus healed a man that was born blind. He spit on the ground, mixed the spit with dirt and put the mud on the blind man’s eyes. Then he said, “Go to the pool of Siloam and wash.” The man did this, and for the first time in his life he could see!

Jesus did not heal the blind men the same way. He did not heal Forrest’s two knees the same way. I THINK HIS MESSAGE TO US IS THIS: Doing things by rote and, “Because we always do it that way,” is religion. Christianity is walking, talking and laughing with God—and taking His guidance! Often His guidance will be different, so listen for what He is saying, and do it! Sing and dance with Him and follow His incredible guidance. Life will never be boring again! That’s Christianity!

If you are a Christian, talk to God and surrender every morning. Ask Him what He wants you to do and do what He says. I confess that God has just shown this to me, so every morning I’ll be doing this also. If this is what God wants, He will confirm it and He will help us do it. We’re in what the Bible calls the last days. These are treacherous times, and He’s calling us to walk closer to Him. “God, may we all learn to listen to you every moment, so we will hear, “Don’t go there,” or “Turn this way,” or “Tell that man I love him!”

If you are not a Christian, read my free eBook, “Ten Steps to Answered Prayer.” Be sure to do every step. You will be living on praying ground where God answers prayer. There is an exciting adventure waiting for you!